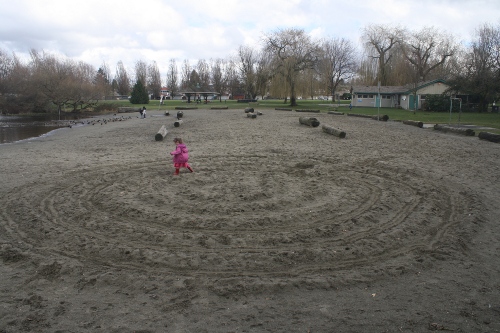 We went on a walk to the beach and found a labyrinth. So of course we walked it. 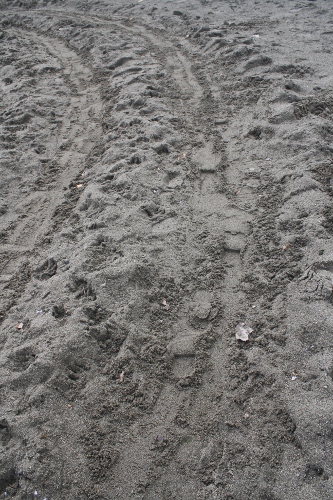 As we were walking, we noticed a group of kids in a spring break camp walking past us. Most kids took no notice, until one boy looked over and saw that we were doing something cool in a spiral shaped thing and shouted out, “Hey look, a tornado! That’s totally cool!” And of course the camp leaders moved the kids along as quickly as they could. A few minutes later, some kids came by with their mom. Bea noticed the little girl looking at the labyrinth and called out, “The entrance is over there!” But the girl didn’t know what to look for, and her mom moved her along as quickly as she could too.

Then I remembered this article about a violin player in the subway. The man playing, Joshua Bell, is one of the most talented violin players in the world, but for a long time everyone rushed past and ignored him. One of the first people who noticed him and wanted to stay and listen was a three year old boy. The boy craned his neck to see, but he too was moved along as quickly as possible by his mother. 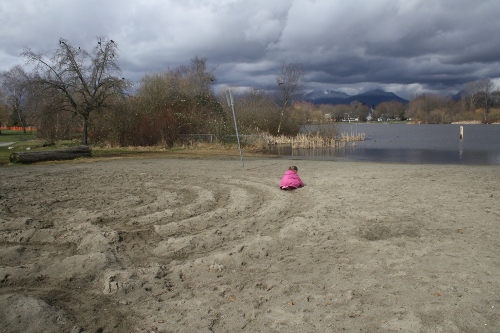 So we lingered at the labyrinth. We built up the walls a bit where they had been knocked down, we dug our feet in and made big lines in the path, and we appreciated this unexpected gift.

We got rained on during our walk home, but it was worth it.