all the posts I haven’t written 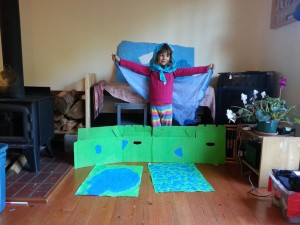 I was going to write something like “How to go Paleo in a Vegetarian Household” awhile back. Maybe it would be a listicle, and it would be all SEO and everything. But then I realized that all my list items would be things like, “prepare to have your entire world turned upside down,” and “come to terms with cooking 4 different meals 3 times a day,” and I realized that this just isn’t the kind of thing that listicles are made for. This is the kind of thing that therapists are made for.

I was going to write something about all the foods I can eat now, and how I had a few glasses of wine over Christmas and didn’t have explosive gut problems or a terrible rash, but then: more food posts? Surely nobody wants to hear about my rashes. This is the Parent vortex, not the Food vortex, although perhaps it might be time for rebranding.

I wrote a little bit about my word of the year for 2014: Harvest. It’s in my paper journal. I may write about it here too. Later.

I want to write about my word for 2015 but I don’t know what that word will be yet.

I’d like to write about our lovely Christmas Day, an oasis of calm and togetherness in a wild sea of preparations and concerts and shopping and coughing and runny noses and cutting out 1000 paper snowflakes and washing dishes and preparing food and writing emails and following through on committments and cleaning up after a dog rampaged through our flock of chickens. On Christmas Day we went out for a walk on a bit of land that was once a piece of private property with lots of trails on it. Everyone was allowed to walk freely there until the land was sold, and now it is slowly being developed. In between sections of road and cleared lots there are still amazing seaside bluffs and handbuilt stone steps. The sun was shining and we were all together. The fragments of the old trail tell a story of years of caretaking and love of that land. There, that was a nice thing to share.

I thought about writing a post about homeschooling during the transition into Love of Learning phase, as my 8 year old dives into the world of her own interests and I am working on guiding her towards daily practice of some academic skills like writing and math. But I’m not feeling anything like an expert here. It was way easier to write advice articles about breastfeeding and getting your baby to nap than it is to write about homeschooling. Heck, it is easier to write advice about parenting babies than it is to write about life in all its messy glory.

This is why there are so many books about parenting babies.

This is why there are so few posts on my blog these days.

Life. In all its messy glory.